Opposites don’t attract so much as follows each other around being contrary in the fairy-tale kingdom of Weetharyeht.

Join in the adventures of the gallant, if a little stuffy, Sir Iris and his reluctant sidekick, a goat* called Dave (who sometimes needs a little help to get by in a world that finds him delicious).

Whether they’re fleeing pirates, slaying dragons or bribing a kraken, at least they have each other… which is probably what got them into that mess in the first place.

*No goats were harmed in the making of these comics. 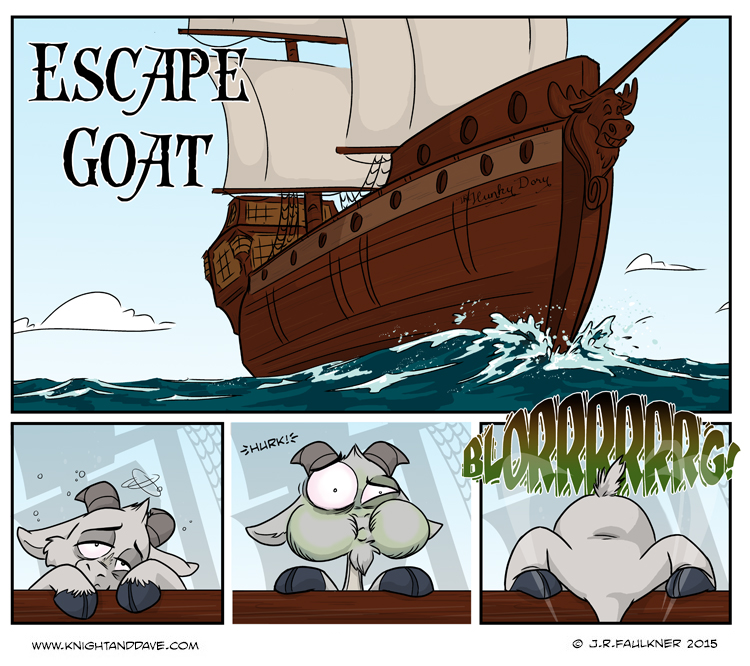